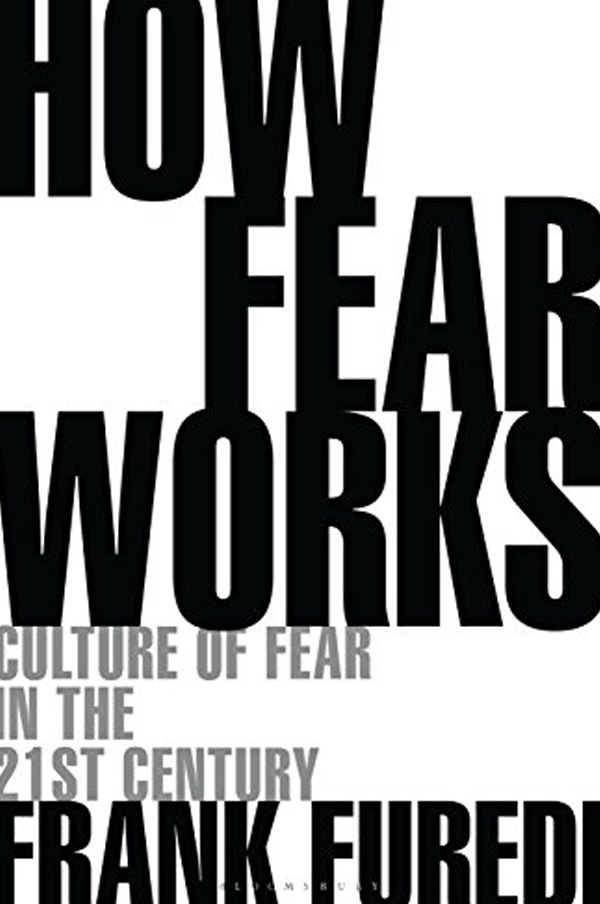 In 1997, Frank Furedi published a book called Culture of Fear. It was widely acclaimed as perceptive and prophetic. Now Furedi returns to his original theme, as most of what he predicted has come true. In How Fear Works, Furedi seeks to explain two interrelated themes: why has fear acquired such a morally commanding status in society today and how has the way we fear today changed from the way that it was experienced in the past?

Furedi argues that one of the main drivers of the culture of fear is unravelling of moral authority. Fear appears to provide a provisional solution to moral uncertainty and is for that reason embraced by a variety of interests, parties and individuals. Furedi predicts that until society finds a more positive orientation towards uncertainty the politicisation of fear will flourish.

Society is continually bombarded with the message that the threats it faces are incalculable and cannot be managed or contained. The ascendancy of this outlook has been paralleled by the cultivation of helplessness and passivity – all this has heightened people’s sense of powerlessness and anxiety. As a consequence we are constantly searching for new forms of security, both physical and ontological. What are the drivers of fear, what is the role of the media in its promotion, and who actually benefits from this culture of fear? These are some of the issues Furedi tackles to explain the current predicament. He believes that through understanding how fear works, we can encourage attitudes that will help bring about a less fearful future.